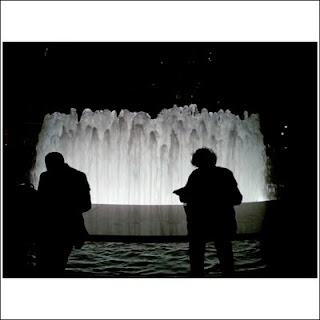 One wonders what the original production of Mozart’s Don Giovanni must have looked like onstage at the relatively tiny Estates Theater in Prague, where it received its premiere in 1787. One interesting fact that I’ve learned is that the protagonist was sung by a baritone only 24 years old.

One has learned to associate the role with someone perhaps in his early 40s, still hugely attractive, of course, who has actually had time for the 2,065 conquests enumerated by Leporello. I’ve heard many Dons, the most ideal interpreter being Cesare Siepi (pictured)—never heard Pinza live in the role, though I did hear him late in his career in Fanny on Broadway. 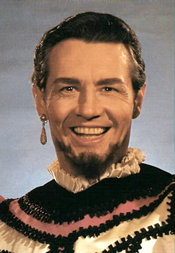 Last season the tall and charismatic Swede Peter Mattei made a suave, beautifully sung Don, more cruel than many, in Marthe Keller’s production at the Met. Last night, at the newly reconstituted New York City Opera, we had Christopher Alden’s take on the masterpiece, which looks as if it was influenced to some extent by G.W. Pabst’s Expressionist films of the 20s. For example, Elvira’s maid, who is given more of a walk-on than usual and who has been taken into the Don’s employ by the Supper Scene, is bewigged and made up to look like a plumper Louise Brooks. Our Don, clean-cut and well sung, looked a bit too scrubbed and wholesome as interpreted by the talented young Canadian bass-baritone Daniel Okulitch.

Musically, New York City Opera gave a generally satisfying performance. Among interesting details, the singers were permitted more ornamentation than I’ve heard at the Met, and the onstage orchestras for the ball and Supper Scene were still in the pit, with the Don occasionally gesturing toward the musicians. I did not object to the modernization, which didn’t come close to either various Eurotrash renderings or the Peter Sellars version set in gangland Harlem, except that people who don’t know the opera well may be confused. For us Don G. veterans (dare I say experts?), it’s an interesting take on one of the supreme achievements of any art in any era. And they do ignore many specifics of the libretto, including “spada al fianco” (“sword at his side”) and the fact that the “statua gentilissima” (“most gracious statue”) isn’t a statue at all, but a corpse who sits bolt upright in his coffin and sings.

Labels: The fountain at night