Siegfried by the River (Not the Rhine) 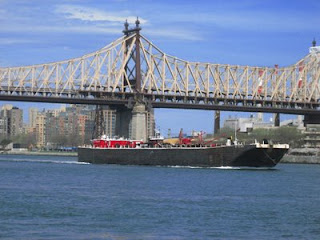 It would have been criminal not to have gone down to one of my neighborhood's little parks near the East River on this gorgeous Saturday, particularly since the river is only a block away from my apartment. Thus, I combined listening to the Met's Siegfried broadcast—Act II anyway—on my handy Grundig portable (with Apple headphones), taking a photo or two, and following the libretto from a riverside bench. A sort of multitasking. The traffic noises from the FDR Drive did impede the sound slightly, but the balmy day compensated. Had enjoyed Das Rheingold and Die Walküre in the opera house, but was unable to secure tickets for the final two Ring operas. The Metropolitan Opera is retiring the romantic, traditional Otto Schenk production after this season to replace it in a couple of years with an avant-garde Robert Lepage concept. People come from all over the world to hear and see a traditional Ring, and they'll miss it. However, the great Wotan, James Morris, hinted during an intermission interview that the current production will be stored, and not scrapped. Hedging their bets, I guess. No Rhine Maidens in the East River today. Maybe some other day.
Posted by Doris at 8:32 AM No comments:

Labels: Not the Rhine and not a scene from Siegfried

Yes, We Have Spring in Manhattan Too! 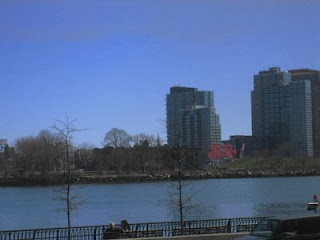 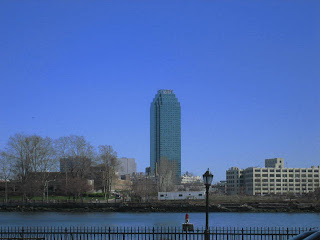 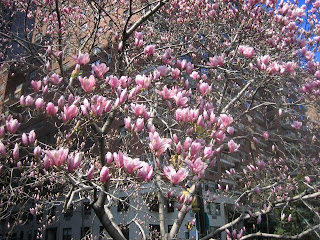 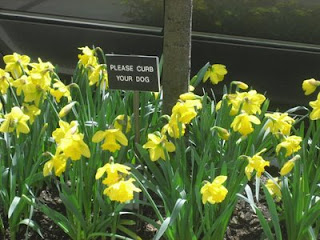 Since neither daffodils nor magnolias last very long, it's important to preserve them digitally! Manhattan dafs and magnolias sprout up in unlikely places, especially since I always associate the latter with an Old South that probably never existed, Gone With the Wind notwithstanding. And "Curb Your Dog" signs do serve to urbanize the ubiquitous daffodil.
As for the Citi Tower in Queens, I think it may be that borough's only true skyscraper. I remember that my niece, who worked there briefly, said that you could feel the building sway on windy days. Think I'll stay on this side of the East River. We also get a good view over here of the Pepsi-Cola sign, practically an antique. People are sentimental about it. I think that at one time there was some attempt to dismantle it, but a public protest saved it.
This was a day to enjoy because it's predicted that we'll be back to wintry-type spring tomorrow. I'm always wary of weather in April: As a kid, I was brought to New York for Easter for various treats that included a Broadway show. In those long-ago days we wore rather elegant little camel's-hair coats that weren't, however, very warm. I recall freezing at Easter in NYC, so I'm always careful not to store my warm coats and jackets too early.
Posted by Doris at 12:14 PM No comments: 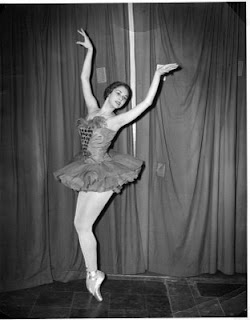 National Public Radio and, this year, American Public Media, have taken a cue from the BBC and presented "news stories" on April 1st that turn out to be April Fool's jokes. Years ago, the BBC did a deadpan "news report" about the spaghetti tree harvests in northern Italy. And a few years back, one of NPR's April Fool stories dealt with an underground pipeline, being constructed between Seattle and New York, through which people could receive lattes and cappuccinos through spigots in their homes. I always look forward to these diversions, and last Wednesday awaited the annual presentations with great anticipation.
I was not disappointed. This year's April 1 story, on NPR's All Things Considered,  reported a burgeoning whale-farming industry, with a sidebar telling us how groups of whales were being taught to sing in barbershop harmony. One of the "whale farmers" had even managed to construct an entire back porch out of whalebone! There also followed a reference, with no further explanation, to a lawsuit that some people were planning against the makers of the Kindle reader, claiming eye injuries from pop-up 3-D books. Maybe this was for real? No follow-up.
The program following ATC, American Public Media's Marketplace, also did itself proud with a piece about the current real estate market. They claimed that some realtors, attempting to sell houses in neighborhoods that had been largely vacated owing to foreclosures or various other misfortunes, hired actors to play fake neighbors and dog walkers, bake cookies, and hold barbecues to make the area look occupied. They also staged church services and Little League baseball games, hiring teams from other towns to pretend that they were local players. They did a pretty good job of making it sound like a real news item at first, but my suspicions were finally aroused by the church and baseball references.
The photo accompanying this is totally irrelevant. April Fool!
Posted by Doris at 3:00 PM 1 comment: