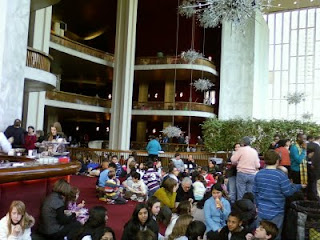 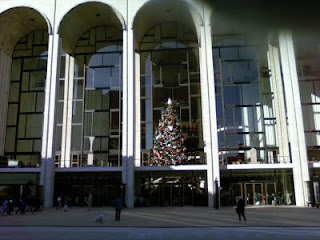 Although not a fan of the 1960 show Bye Bye Birdie, currently in revival on Broadway (for some unknown reason), I've always enjoyed the song "Kids" from the score, music by Charles Strouse and lyrics by Lee Adams:

I don't know what's wrong with these kids today!

Who can understand anything they say?

They are disobedient, disrespectful oafs!

While we're on the subject:

You can talk and talk till your face is blue!

But they still just do what they want to do!

Perfect in every way?

What's the matter with kids today?

I've tried to raise him the best I could

And while we're on the subject!

Kids! They are just impossible to control!

Kids! With their awful clothes and their rock an' roll!

What's the matter with kids today!

But, although I used to sympathize with the song, I have a different opinion of at least some kids after attending the utterly delightful dress rehearsal of Humperdinck's Hansel and Gretel, sung in English, at the Metropolitan Opera last Friday. While the school groups who often attend Met dress rehearsals were certainly lively and voluble when entering the opera house, they were perfectly behaved, not only during the performance but also when eating their lunches sitting on the carpet of the Grand Tier and elsewhere. They must have had the Riot Act read to them ahead of time. Anyway, it worked.

Paying more attention to this delightful—and far from trivial—opera than I had in the past, I see and hear that this gorgeous, semi-Wagnerian work has quite a macabre side that is not stinted in this production. Some of the unfortunate children who had been baked into gingerbread by the Witch do not revive; their limbs can be snapped off. At least others are rescued in time to sing the joyous chorus of redemption at the end. Having the eminent and delightful British tenor Philip Langridge as the Witch in full panto-dame drag was totally appropriate and right. This Witch was somewhat more endearing than scary, even though her motives were as malevolent as ever. Two gorgeous voices from two beautiful women—Angelika Kirchschlager as Hansel and Miah Persson as Gretel—were, literally and figuratively, the frosting on the cookies and cakes. Am going to listen to the Met's webcast of it this evening.