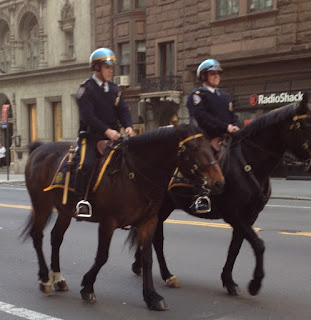 I used to be very impressed by the appearance of our NYPD mounted policemen, even though they didn't wear anything as dramatic as the red serge dress uniform of the RCMP, à la Howard Keel in Rose Marie, e.g. They always seemed to pick the best-looking guys for the job. Was reminded of this today, when a couple of them trotted by on West 57th Street at Seventh Avenue. I couldn't get a really good look because their spiffy blue biker helmets—a good idea in practical terms—prevented my getting a closeup. What is nice is that they really have to sit up straight and look most imposing, even if not like the late Howard Keel (or Nelson Eddy). It's just nice that New York still has them. They add a little class to the general chaotic proceedings.
Posted by Doris at 11:09 AM No comments: 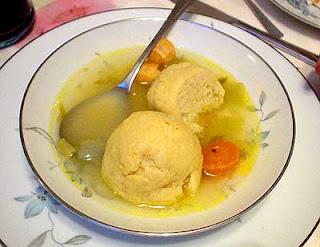 Amusing restaurant review by Pete Wells in today’s Times. He’s covering Kutsher’s Tribeca, an homage to one of the best-known hotels from the heyday of the Catskill Mountains Borscht Belt, Kutsher’s Country Club. I was particularly struck by his comments regarding that sine qua non of Jewish cookery, the matzo ball:
“Take, for instance, his [chef Mark Spangenthal’s] matzo ball soup at Kutsher’s. Matzo ball preferences are deeply personal and beyond argument. Mr. Spangenthal aims for midrange fluffiness, so people who like a tightly compressed matzo ball that lands in the gut like a sock filled with pennies may not be satisfied.
"But they will certainly notice how flavorful these matzo balls are, and appreciate the rich broth, with its robust flavor and lip-smacking stickiness. The kitchen has been hard at work on that soup, but it has covered its tracks.”
The “deeply personal” tastes regarding this delicacy remind me of my Aunt Jeanne (pronounced “Jean” as in Jeanne Crain or Jeanne Eagels, not “zhan” as in Jeanne Moreau or Jeanne d’Arc), who, at Passover, would deliberately make both light, fluffy balls and hard-centered ones. When the soup was ladled out at the seder table, she would take requests for either hard or soft. I always asked for a mixture of both.
I also liked Wells’s calling Bob Dylan and Neil Diamond’s output “classic Jewish music.” Until I saw this, I could think only of either Ernest Bloch or klezmer:
“SOUND LEVEL Classic Jewish music (Dylan, Diamond) and pop hits of the ’70s and ’80s keep the place humming along.”
Have to mention that my favorite cuisines still run to north Italian and classic French,  but I’m open to suggestions.
Here’s the piece from today’s Times:
http://www.nytimes.com/2012/02/08/dining/reviews/kutshers-tribeca-nyc-restaurant-review.html?_r=1&ref=dining
Posted by Doris at 10:20 AM No comments: 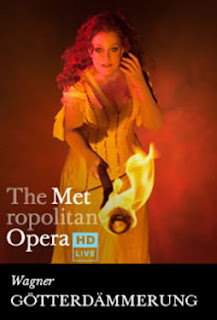 “Anybody sellin’ tickets?” Patrons of most of the theatrical and artistic venues of NYC are used to being casually accosted by scruffy, nondescript men, usually in knitted watch caps and lumberjack-style jackets, standing at the steps leading up to the main Lincoln Center complex as well as at other theaters and performance spaces around town. These requests are not usually aimed at the cognoscenti, who are well aware that these guys are not interested in attending Alan Gilbert’s Mahler or that evening’s Madama Butterfly or Tosca. They hope to buy the tickets cheaply and resell them at a profit. So, after many years of doing this, they have become pretty familiar with the standard repertory even if they’ve never set foot inside the Met, e.g.
Last Saturday, when entering the theater to see the New York City Ballet, I heard one of these operators ask the other: “What’s the opera today?” This surprised me, since they usually know what’s on even if they don’t know much more about it than the title. The other guy replied, “Anna Bolena.” Good thing he didn’t have to pronounce Götterdämmerung, which is coming up soon, and for which there is a giant poster on the Met’s façade.
Posted by Doris at 11:34 AM No comments:

"Our Own Business Directory"

Have spent a lifetime addicted to The New Yorker, frequently using it as my model for my own feeble literary/journalistic attempts. Although the magazine has necessarily changed over the years, I'm still a faithful reader. One small feature that seems to have disappeared—can't say exactly when— was one of their humorous column fillers, "Our Own Business Directory." I've compiled a very short list of my own favorites, all of which actually exist in New York. Or, perhaps, existed until recently. 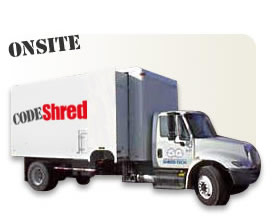 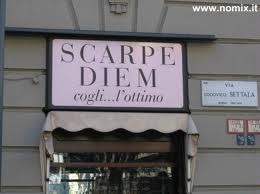