Vulpine and Other Considerations 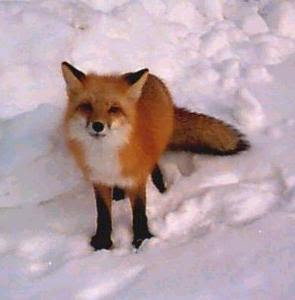 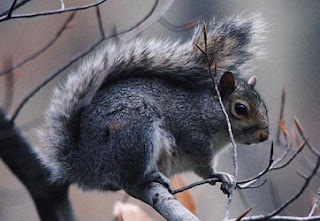 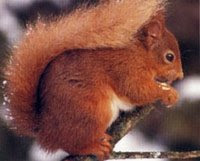 As noted in my last post, I had a good time visiting London. Both my town, NYC, and London have so much to offer that it's pointless to compare the two. But, for us wildlife fanciers, London does seem to have an additional attribute: foxes!
10,000 Foxes Roam London
At my sister's London house, where I was staying, there is a pleasant garden. One morning, my brother-in-law called to me that there was a fox outside, a not uncommon occurrence. I raced downstairs, but too late to see the bushy-tailed visitor. Apparently, that's one creature we don't have in NYC, even in Central Park, although raccoons and other critters have been spotted there. And the occasional zoo escapee. I think they even found a coyote there once.
Here's what Wikipedia says about Oscar Wilde's oft-quoted "the unspeakable in pursuit of the uneatable":
Fox hunting legislation - Wikipedia, the free encyclopedia
The Red Fox
A.A. Milne The Three Foxes
Still on the subject of bushy tails, have noted the British complaint that the American grey squirrel, imported there, has begun to overtake the indigenous red squirrel, immortalized by Beatrix Potter as Squirrel Nutkin. Too bad that both can't exist happily side by side. But why do little old ladies, and others, continue to feed them? Get a life, little old ladies!
Posted by Doris at 4:08 AM 1 comment: